NCK has been commissioned by the Government to increase the knowledge of men's violence against women in Sweden, and to develop methods for the treatment and care of women subjected to violence.

The government commissioned the Swedish National Board of Health and Welfare to coordinate a special effort providing training on domestic violence and men’s violence against women to social care staff. The point of departure was the needs pointed out in different #metoo appeals by particularly vulnerable groups that social care staff meet in their work. The needs are related to violence and sexual violence against for example elderly. The assignment was carried out in 2018 and included training efforts and a national meeting. It was completed in collaboration with the Swedish Gender Equality Agency, NCK and the Swedish County Administrative Boards. 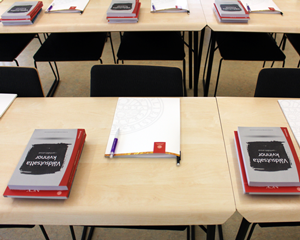 2018: Commission to offer training and support to universities regarding the knowledge area men’s violence against women and domestic violence

The government commissions the Swedish Gender Equality Agency and NCK to offer training and support to university professors, and other relevant university staff, regarding the knowledge area men’s violence against women and domestic violence. The commission will be carried out in collaboration with other relevant authorities.

2017: Commission to produce an updated knowledge base on violence against LGBTQ-people

NCK was assigned to produce an up-to-date knowledge base report. The report was to focus on bisexual women, transgender people subjected to partner violence, and LGBTQ-people subjected to honour related violence. The assignment resulted in "Violence against LGBTQ-people: A knowledge and research overview" (2018), which has been designed as a complement to "Violence in Same-Sex Relationships: A knowledge and research overview", published 2009.

2016: Commission to produce national online resources on domestic violence for the support of healthcare and dental care staff

Together with the Swedish National Board of Health and Welfare, NCK was commissioned by the government to quality assure the work in healthcare and dental care against domestic violence and to provide expert support to professions in theseareas. Part of this commission constituted in designing and promoting online resources for healthcare and dental care staff. The national expert support contains current regulations, up-to-date knowledge, and information from the National Board of Health and Welfare and NCK about effective methods for detecting, and caring for women subjected to violence, in healthcare and dental care.
This was named online resources for healthcare staff and was launched in 2018.

2015: Commission to design an online course on violence

Together with the Swedish National Board of Health and Welfare and the Swedish County Administrative Boards, NCK was commissioned to design an online introductory course on domestic violence for the competence development in municipalities. The aim was to raise the knowledge level in the municipalities and to enhance the expertise in staff who meet people subjected to violence. The online course is free of charge and open to all. The online course was launched in 2016.

2011: Quality assurance and development of the National Helpline for Women, Kvinnofridslinjen

The government commissioned NCK to develop the and quality assure Kvinnofridslinjen, during a period of four years. The assignment involved raising awareness about the national helpline to new target groups, quality assurance of the support given to callers, training of all staff, and development of the helpline technical support. NCK reported to the government in 2015.

2011: Evaluation of education initiatives about men’s violence against women

NCK was commissioned by the government to evaluate the training of staff within the framework of two government action plans: action plan for combating men’s violence against women, honour related violence, and violence in same-sex relationships and action plan to prevent and stop young persons from getting married against their will. The assignment included a follow-up of the training that had been carried out. NCK reported the assignment to the government in 2013.

2010: Guidance for healthcare staff on support for girls and women subjected to honour related violence

The government commissioned NCK to produce and disseminate guidelines for healthcare staff on the support and care for girls and young women affected by
honour related violence. The assignment is included in the government's action plan to prevent young persons from getting married against their will. Many employees at youth centres and gynaecological clinics in Sweden have met girls or young women seeking help for problems concerning virginity and honour. The patient may request a certificate of her virginity or ask for surgical measures to ”restore the virginity”. It is of crucial importance that the staff has knowledge of how to address these issues and that they have access to clear guidelines. In accordance with the government commission, NCK has published the report "To meet patients who seek help for problems related to virginity and honour". The report, which offers advice and practical guidelines, is produced as a tool for healthcare staff in supporting these patients. The commission was reported to the government in 2011.

2008: Two commissions within the framework of the government’s action plan

In 2008, NCK’s responsibility was expanded to include honour related violence and violence in same-sex relationships. Within the framework of the government’s action plan for combating men’s violence against women, honour related violence, and violence in same-sex relationships, NCK was assigned two commissions. The first was to develop methods for healthcare staff to asking about exposure to violence as a part of a person’s medical history. The NCK produced, as part of the assignment, "Anthology: To Ask about Experiences of Violence as Part of a Patient’s History". Read a summary of the publication here.

The second commission was to compile and disseminate knowledge concerning honour related violence, and violence in same-sex relationship. The NCK completed knowledge and research overviews in each area, which serve as foundations in NCK’s continued work. A special knowledge and research overview was completed on the subject of FGM and its consequences, as well as its extent in Sweden. NCK arranged a number of seminars on violence in same-sex relationships and produced a training package about violence in same sex relationships, which includes a film and an educational booklet. Since 2009, NCK run a university course on particular vulnerability in which both these areas are covered. The assignments were reported to the Government in 2010.
Read more about "Government commissions completed and reported in 2010" 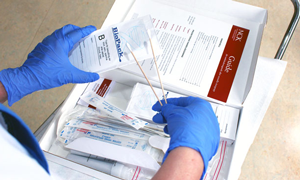 2007: National Programme for the Care of Victims of Sex Crimes

In 2007, the Ministry of Justice commissioned NCK to design and implement a national programme, as well as a handbook, for the care of victims of sexual assault as part of a national programme within the Swedish healthcare system. The aim of this programme is to improve the treatment and care of patients and providing better evidence to the judicial system in cases of sexual assault.

In 2008, the handbook was published and the NCK started implementing the programme nationally on behalf of the government. The implementation was completed in 2010 and since 2011, the action programme is used in all parts of the country.

"Handbook: National Action Programme for the Health Care and Medical Services' Reception and Care of Victims of Sexual Assault"

"Violence in Same-sex relationships – a Knowledge and research report”